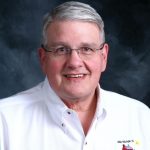 Celebration of life will be held on April 2, 2022 at Adam Hall (Auburn Twp.), from 3 – 6 p.m. In lieu of flowers, the family asks that donations be made in John’s honor to the ALS Association. See full notice for details

John was born in Pittsburgh, PA to parents Jeanne and John L. Eberly (deceased), but spent most of his life in northeast Ohio. He attended Solon High School, and went on to graduate from Miami University of Ohio, where he formed lifelong friendships with his Delta Upsilon fraternity brothers. He also met and married his Miami Sweetheart of 44 years, Karen (deceased). He spent his professional career working for and eventually running the family business, but found his passion in public service. John served as an Auburn Township Trustee for 26 years, and took immense pride in improving the community that he loved. He thoroughly enjoyed a lively political debate, a rowdy family game night, and a great white elephant gift – but most of all, John loved telling stories.

John is survived by his siblings, Mark Eberly (Debbie) and Carol Theis; his three children Zach Eberly (Gina), Meaghan Eddy (Jonathan) and Jessica Vanek (Andrew); and his (soon-to-be) eight grandchildren, whom he adored beyond words.

The family will hold an open house to celebrate his life on April 2, 2022, from 3-6PM at Adam Hall in Auburn Township. In lieu of flowers, the family asks that donations be made in his honor to the ALS Association Northern Ohio Chapter at 6155 Rockside Road, Suite 403, Independence OH 44131.