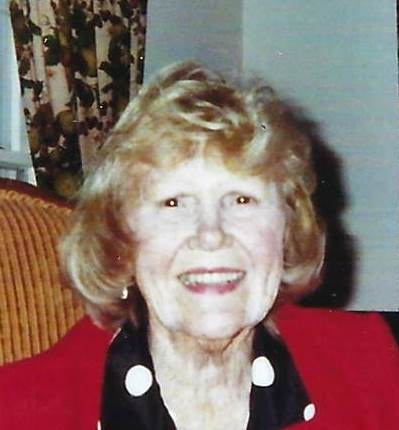 Memorial Service, Saturday, January 27 at 12 noon at the United Methodist Church of Chagrin Falls- followed by a reception at the church Burial private at a later date

ARLINE MILLER MOORE, age 92, on December 22, 2017, let go of her daughter’s hand to join her son and husband in heaven. A resident of Chagrin Falls for 76 plus years, her family’s residency dates back to the early 20th century. She was a graduate of Chagrin Falls High School as was her father, Edwin Miller, brother, Ralph Miller and children, Craig Moore and Barbara Moore. After graduating from Ohio Wesleyan in 1947, she married Russ Moore and raised two children before beginning her teaching career that lasted 30 years. Upon her retirement in 1995, she began a second career of volunteerism, volunteering at the Chagrin Falls Historical Society, Chagrin Falls Alumni Association, Friends of the Library, the United Methodist Church, Hamlet Village Assisted Living and Emerald Ridge Assisted Living in Solon, Ohio. Nearest and dearest to her heart; however, was the years she spent with the myriad of children she taught. She loved to travel and spent summers on Cape Cod and some spring breaks vacationing in Arizona. She also traveled to Las Vegas to visit her son. Wife of the late Russell S. Moore; mother of Barbara L. Moore and the late Craig S. Moore; sister of the late Ralph Miller. Aunt, great aunt and great-great aunt of many. A memorial service will be held at the UNITED METHODIST CHURCH OF CHAGRIN FALLS, 20 S. FRANKLIN ST., CHAGRIN FALLS, 44022, ON SATURDAY, JANUARY 27 AT 12 NOON with a reception immediately following at the church. Burial will be private at a later date. Although flowers are appreciated, donations can be made to Chagrin Falls Alumni Association, Chagrin Falls Historical Society or Chagrin Falls United Methodist Church. (Arrangements by St. John Funeral Home of Bainbridge Twp. 440-708-1855)
To order memorial trees or send flowers to the family in memory of Arline M. Moore (nee Miller), please visit our flower store.