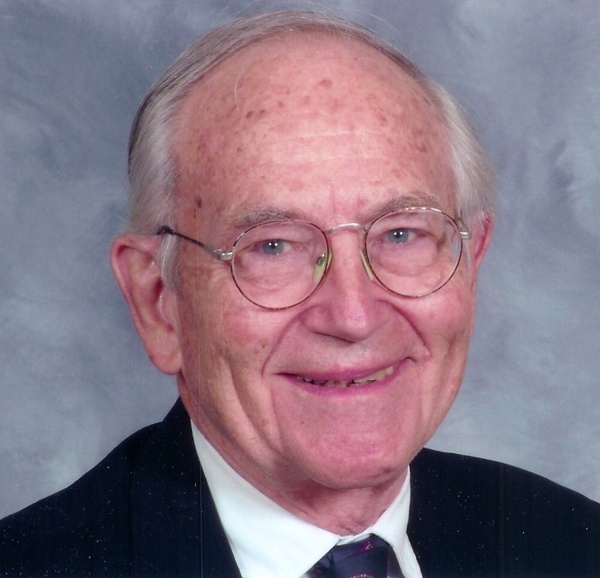 When Bud was 17, he enlisted in the Army.  Due to his linguistic ability he was trained to speak Japanese at the University of Minnesota and Yale University and became an interpreter during and following World War II.  Bud was assigned duty in Japan weeks after the bombing of Hiroshima and Nagasaki in 1945.  He supervised the construction of two radio stations in Sasebo, Japan for Armed Forces Radio.

After the war, Bud earned his degree in Speech at Washington State University and attended graduate school in Broadcasting at Northwestern University.  In 1950, Bud moved to Cleveland to work for the NBC radio network and TV as a writer, director and producer.  There he met his loving wife of 47 years, Terese (Terry) J. Trivison, who passed away in 2002.

In 1955, Bud and Terry moved to New York City where Bud worked at WNBC as producer/director.  In 1962, he was appointed Director of Operations for WJZ-TV in Baltimore, MD.  Returning to Cleveland in 1967, Bud became General Manager and partner in the multi-media company Visual Techniques.  In 1972 he joined Meldrum & Campbell Advertising (later merged into Marcus Advertising) as Director of Radio/TV where he produced “Academic Challenge” and “Cash Explosion.”  His various commercials earned seven Emmy Awards.  In 1986 Bud was elected to the Cleveland Board of Governors of The National Academy of Television Arts and Sciences (NATAS) and served in many positions nationally and for the Cleveland chapter.  He was inducted into the NATAS Silver Circle in 1996 and the Gold Circle in 2005.

Bud dedicated his life to serving others, particularly at his Church (Gesu) where he was an usher, sacristan, lector, Eucharistic Minister, Scoutmaster and track coach among other ministries.  Bud also volunteered at the Cleveland Play House where he and Terry cooked meals for the actors and were members of the Men’s and Women’s Committees. He was honored as the Volunteer of the Year in 2005.

One of Bud’s greatest loves throughout his life was the Boy Scouts.  He became an Eagle Scout in 1942.  He received the Distinguished Eagle Award in 2014 in recognition of his professional achievements and exemplary volunteer leadership service to his community.  He served in numerous positions at the Troop, District and Council level in the former Greater Cleveland Council, including Scoutmaster at Gesu Church, the Executive Board and as Council Camping Chairman.  He received the GCC Silver Beaver Award in 1990 and the St. George award in 2003 from the National Catholic Committee on Scouting.  He was actively involved with the Tinnerman Canoe Base in Ontario, Canada and was Head Commissioner at Beaumont Reservation Scout Camp where he renovated buildings and assisted with summer camp programs even into his mid-80s!

Bud was a caring friend and neighbor to many and a devoted family man.  His life was full of unwavering faith and demonstrated grace and love. He will be greatly missed and was an inspiration to all.  He was a wonderful husband to his late wife, Terry, a loving father of Anne Marie (Tom) Blank, Timothy C. (Lori) Ford, Michael R. (Anne Elizabeth) Ford, Mary Ellen (Greg) Keller, and John D. (deceased).  Devoted grandfather to Jeffrey (Elana), Peter (Kellie) and Kevin Blank, Rebecca Douglass, Andrew, Daniel, Elizabeth and Carolyn Ford.  Dearest brother to the late Richard D. Ford (Nancy) and brother-in-law to Leanne R. Trivison, Dominic (Joan) Trivison and Lorrie (deceased) (John) Robbins.  Son-in-law of the late Betty and Domenic Trivison.

Friends received at THE SCHULTE & MAHON-MURPHY FUNERAL HOME, 5252 MAYFIELD RD., LYNDHURST (BETWEEN RICHMOND AND BRAINARD) SUNDAY, JUNE 2 FROM 2 – 6 P.M.  Prayers Monday, June 3 at the Funeral Home at 9:15 A.M. followed by Mass of Christian Burial at Church of the Gesu, 2470 Miramar Blvd, University Hts. at 10 A.M.  Burial will follow at Lake View Cemetery.  A reception and celebration of Bud’s life will be held in McAuley Hall at Gesu after the cemetery service.

Special thanks to Bud’s support group including family members, Scouters, Play House friends, special neighbors, the doctors at University Hospitals, the caregivers with Daughters with Degrees and the caring staff at Hospice of the Western Reserve, David Simpson Hospice House.

Those wishing to make a memorial contribution are asked to consider the Lake Erie Council of the Boy Scouts of America, Church of the Gesu, or the Cleveland Play House.

To order memorial trees or send flowers to the family in memory of Charles Edward "Bud" Ford, Jr., please visit our flower store.