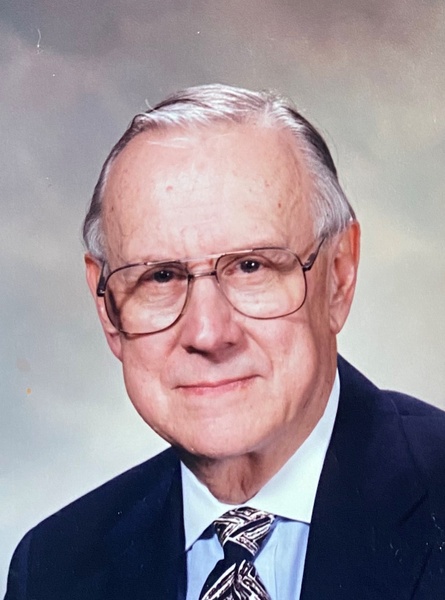 All services private, with a memorial service planned for later in the year. If you would like to be kept aware of the memorial service, please email the family at mjmorelli2007@gmail.com.   If you would like to honor Chuck with a donation to the Chuck and Margaret Morelli Memory Care Endowment Fund  please direct it to – Jennings Center for Older Adults, 10204 Granger Road, Garfield Heights, Ohio 44125.  See full notice for details.

Chuck was born in Morgantown, West Virginia in 1925.  After living through the great depression his next challenge was World War II and in 1943 Chuck enlisted in the Army Air Force.  He became a radio operator on a “Flying Fortress” B-17 bomber and flew many combat missions across Europe. One of the fortunate ones he returned safely to Morgantown and thanks to the G.I. Bill earned undergraduate (history) and masters (education) degrees from his beloved West Virginia University. He began his education career driving cross country to teach K-8 in a one room school house in the Idaho panhandle – a trip he made just two weeks after getting his first driver’s license and car. He moved back to West Virginia to continue his teaching career and in 1955 he married his wife, Margaret Viglianco. In 1957 they moved from Almost Heaven to Cleveland so Chuck could take a job with the Bedford City Schools. Chuck liked to kid his Ohio friends that when he left West Virginia and came to Cleveland he raised the IQ of both places. He had a fulfilling 27 year career in Bedford culminating with his final six years as principal of Bedford High School. Chuck retired at the age of 59 but little did he know he was just getting started on the next and far different chapter. After several years using his educator experience to mentor others and many fun trips across the country with friends and Margaret, it became clear that Margaret was in the beginning stages of Alzheimer’s. Chuck then headed down a path which proved that he meant what he said when he married Margaret in 1955.  For the next nine years he demonstrated compassion, patience, love, and devotion to Margaret as he took care of her full-time in their home while she slowly slipped away.  Margaret passed in May 2001 spending her final few days in hospice at Jennings Center.  Chuck picked Jennings because he heard it was “a pretty good place.” That turned out to be a massive understatement.  Shortly thereafter Chuck began what he had no idea at the time would be a 19 year relationship with Jennings.   Over the last 19 years Chuck has volunteered several days a week at Jennings because he wanted to help others with dementia and do whatever else he was asked to do to advance the Jennings mission. He loved the Jennings experience so much that he moved there in 2015. Chuck especially liked to work with hospice patients hoping he could bring them some peace and comfort in their final days.  Chuck’s devotion did not go unnoticed and over the years he received “volunteer of the year” type honors from both Greater Cleveland Volunteers and Medical Mutual.  Despite the recognition Chuck would say that he got much more from the residents and staff at Jennings than he gave.  The personal relationships he developed and experiences he had at Jennings enriched his life in ways that can’t be measured.

Due to the pandemic, services will be private with a memorial service celebrating Chuck planned for later in the year.  If you would like to be kept aware of the memorial service, please email the family at mjmorelli2007@gmail.com.  Many years ago Chuck established the Chuck and Margaret Morelli Memory Care Endowment Fund to honor the experience and benefit individuals who, like his wife, have memory challenges.  If you would like to honor Chuck with a donation to this Endowment Fund please direct it to – Jennings Center for Older Adults, 10204 Granger Road, Garfield Heights, Ohio 44125.  (St. John Funeral Home of Bedford 440-232-1155)
To order memorial trees or send flowers to the family in memory of Charles J. Morelli, please visit our flower store.