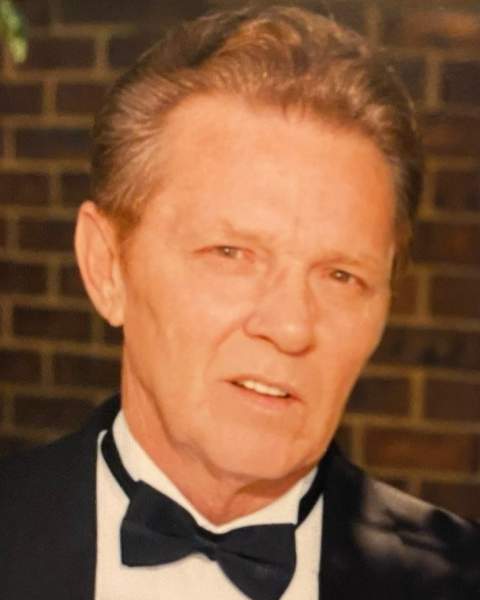 David William Montgomery Sr. passed away peacefully with his children by his side in Fairlawn, Ohio on Saturday, September 3, 2022.  Dave courageously battled cancer for four years, just like a pure-blooded Marine. Red/ Dad/ Pops/ PapPap/Grandpa was one of a kind and always kept his family and friends laughing.  He loved to tell stories of his life growing up in the Pittsburgh area and his move as a young adult to Cleveland, Ohio. He enlisted in the Marines while in high school and served proudly for four years.  His zest to learn never ceased even into his eighties.  He would often read about politics, sports, home and auto repair, or the latest miracle cures (yes, apple cider vinegar is miraculous!)   He loved to be surrounded by family, whether his own or the friends that were so endearing to him.  It was not unusual for his nurses to be giggling as he would playfully tease them or tell a cute little joke with a wink and a heart-warming smile.   Through thick and thin he celebrated his Cleveland Indians (yes, the Indians), whether on a winning streak or not.  He was a proud American who believed in the power of your vote and supporting like-minded political candidates.  Ronald Reagan’s autographed picture is still proudly displayed in his home.  Dad was so serious about the American right to vote, he strapped his oxygen tank to his walker, placed his Marine ballcap on his head, and walked a half mile to the city hall last month to vote in the primaries.  Dave is survived by his wife, Stella (Rusty) Montgomery.  He joined his daughter, Laura Eve Montgomery, who passed away in 2016.  He will be sadly missed by his sons David W. Montgomery Jr (wife Debbie) and Lawrence D. Montgomery (wife Laura).  He was an incredible example to his two grandsons who he considered the pride of the family.  Gavin R. Montgomery and Austin W. Montgomery will carry on his legacy.  Dad also had a special place in his heart for Debbie Daniels, his step-daughter who stood by his side until the very end.  He loved and supported all his step-children, the Christofek family along with so many friends (especially the late Pete Sappier, the late Jay Smith and the late Dan McGrew).  Dad and his late brothers, Larry and Ron, are now together hand-in-hand in heaven.  The family would like to send special thanks to the Cleveland Clinic, Justin T. Rogers Hospice Care Center.  We cannot thank you enough for your loving care of our beloved Dad and all of your emotional support along the way.  Angels do walk amongst us.   Friends received at ST. JOHN FUNERAL HOME, 923 BROADWAY AVE., BEDFORD (ONE MILE WEST OF THE FORBES-BROADWAY EXIT OF I-271), SUNDAY, SEPTEMBER 11 FROM 2 – 6 P.M., where a  service will be held on Monday, September 12 at 10 A.M., followed by burial at Knollwood Cemetery.

To order memorial trees or send flowers to the family in memory of David William Montgomery, please visit our flower store.