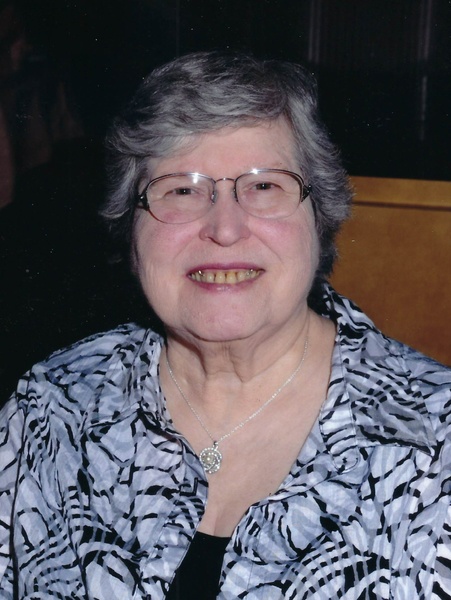 DORIS TAX (nee Strickland), age 85, of Bainbridge Twp. was called home by God on Thursday, July 14.  She is survived by her adoring husband of 66 years, Joseph F. Tax Jr.  They were married in Dillon, SC on July 4, 1956.  She is loving remembered by her sons, Joseph (Cherie), Stephen (Andrea), and David (Darlene) Tax and her daughter, Barbara (William) Gunn as well has her grandchildren and great-grandchildren. Doris was predeceased by her parents, siblings and grandson, Christopher Tax.  Doris was born on September 27, 1936 in Goldsboro, NC to Stephen and Florence (nee Peele) Strickland.  She graduated from Goldsboro High School in 1954, where actor Andy Griffith was a teacher.

Doris enjoyed running a neighborhood bible study, Southern Gospel music, cooking, and playing board and card games.  Most of all, she adored being a grandmother and great-grandmother who used her interests to great effect. A funeral service will be held at the Fellowship City (Bible) Church, Chagrin Falls Campus, 16391 Chillicothe Rd., Chagrin Falls, Oh 44023 on Tuesday, July 19 at 11:00 AM.  Interment to follow at Restland Cemetery, Bainbridge Twp.

To order memorial trees or send flowers to the family in memory of Doris Tax (nee Strickland), please visit our flower store.