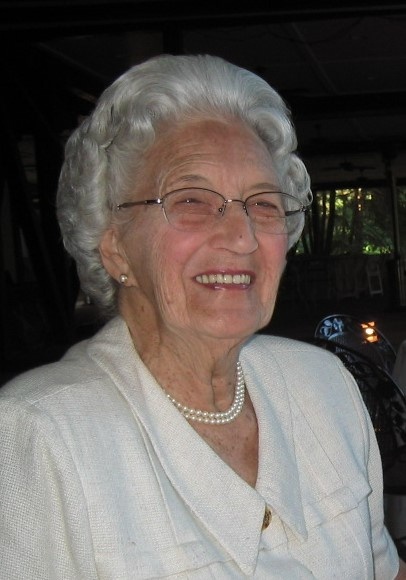 DOROTHY J. PAPP, age 98, former resident of Auburn Township for over 55 years, passed away on Saturday, July 30, 2022 in Newbury, Ohio.  Dorothy was born in Cleveland on June 19, 1924 to John H. and Anna (Pavlik) Jackson.  When she was 12, she and her family of 2 sisters and 2 brothers moved to Fullertown, a small community at the intersection of Fairmount and Sperry Roads.   Dorothy graduated from Newbury High School in 1942.  In 1944, she enlisted in the Army/Air Force to serve in World War II as a teletype operator.  She was honorably discharged as Corporal in 1946.  In 1947, she became the beloved wife of Louis Papp of Aurora.   In 1955, they built their home in Auburn Township where they raised two children, Diana and Linda.  Dorothy was employed as School Secretary of Auburn Elementary School for 25 years.  As a lifetime member of the former Auburn Community Church, she served as Financial Secretary, Treasurer, Clerk and publisher of the church newsletter and sang in the choir for over 50 years.  She will be remembered for her beautiful smile and independent and humble nature. Dorothy loved visiting family and friends, working in her yard and keeping up her tractor fleet, still operational today.

Friends and Family received at the ST. JOHN FUNERAL HOME, 16381 CHILLICOTHE ROAD (RT. 306), CHAGRIN FALLS, 44023 (2.5 MILES NORTH OF RT. 422), FRIDAY, AUGUST 5 FROM 9 – 11 A.M. followed by a service at 11 A.M.  Burial to follow at Shadyside Cemetery, Auburn Twp.  Celebration of life will continue at the home of her daughter and son-in law in Moreland Hills.  In lieu of flowers, the family suggests contributions be made to the Auburn Fire Department in Dorothy’s name.

To order memorial trees or send flowers to the family in memory of Dorothy J. Papp, please visit our flower store.