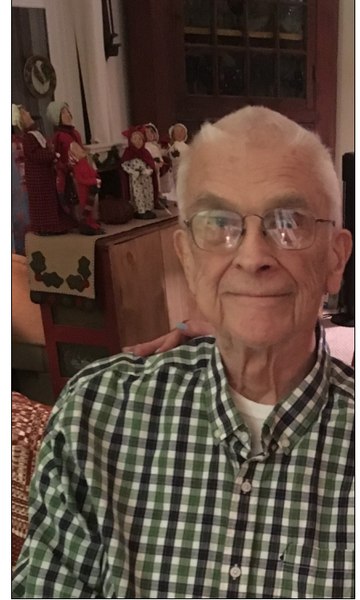 “Bo” (age 84), along time resident of Chagrin Falls, Ohio, passed away on March 5, 2018. He was born on August 9, 1933 to Elise R. Beaven and Frank N. Beaven and grew up in Allendale, NJ. He graduated from Ramsey High School in 1951, Purdue University (1955) with an Air Transportation Engineering degree. He then pursued his career as a Captain in the United States Air Force. He was stationed at Williams Air Force Base in Arizona and Stead Air Force Base in Reno, NV. After he honorably served his country, he began his career working for American Aviation in Findley, OH, then moving to Chagrin Falls and working for TRW, Erickson Tool in Solon, and EGC Growth Company in Chagrin Falls. When he retired he was able to spend his time golfing, his favorite past time. If he wasn’t watching golf on TV, he was playing with his friends and family. He donated his time in helping others while working with Meals on Wheels and Habitat for Humanity. He was a member of the Chagrin Valley Rotary Club for 54 years. He served as a Chagrin Falls Township Trustee and a Chagrin Falls Village Councilman. He thoroughly enjoyed making a difference in his community. He was an avid antique collector and collected his entire life. A loving husband, father, and grandfather, he is survived by his wife Gloria (Teagno), his children Frank “Bo” Beaven III (Rebecca), Barbara Bailey (David), Blair Lampner (Ray) & Emily Sarka (David) and 7 grandchildren (Caitlyn, Allie, Aaron, Andrew, AJ, Zachery, and Trent) and many friends. His memorial service will be held on Sunday, March 11, 2018 at St John’s Funeral Home, 16381 Chillicothe Road Bainbridge Township, OH 44023. Calling hours will be 1pm-4pm with the memorial service immediately following. The interment will be private. In lieu of flowers, please send donations to Chagrin Valley Rotary Club or Rescue Village.
To order memorial trees or send flowers to the family in memory of Frank "Bo" N. Beaven Jr., please visit our flower store.