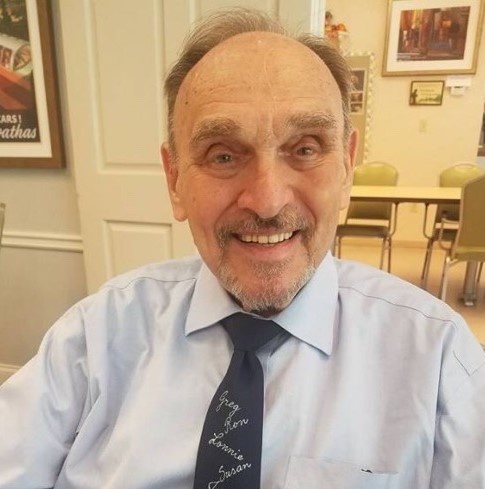 at the Bainbridge Twp. location.

JOSEPH A. VISHEY DDS, “Doc,” 89, passed away from natural causes on May 24, 2020.  Born in Kulpmont, PA, Dr. Vishey came to Cleveland in 1942 and attended St. Margaret of Hungary Elementary School and Cathedral Latin High School and was a graduate of John Carroll University.  He served as corporal in the Medical Unit of the United States Army in Germany during the Korean Conflict, after which he attended The Ohio State University School of Dentistry.  He opened his first dental practice in 1959 on Northfield in Bedford, where he was a pioneer in implant dentistry; his methods still used in practice today. He was a member of the Greater Cleveland, Ohio and American Dental Societies, the Heights Dental Study Club, and the American Academy of Implant Dentistry and numerous other dental organizations.  He had an office in Bainbridge and eventually moved his practice to downtown Bedford where he was beloved by his many patients until his retirement at the age of 83.  Even in retirement he loved his medical books and loved to talk about dentistry.  He was a member of the Knights of Columbus-2nd Degree and 4th Degree and a proud Catholic.  Doc was an avid golfer and could still hit a long, straight drive off the tee well into his 80’s.  Doc loved his Hungarian heritage, always humming songs, dancing the Csardas with anyone willing, and cooking his famous chicken paprikash.  He loved cooking for his family—especially his famous Italian dressing, chili, sloppy joes and chocolate milkshakes always for the grandkids.

Doc loved his family and proudly bragged to all that he had 10 children—Gregory Vishey, Ilona Millman, Joseph Vishey, Dawn Vishey, Alexandra (Stephen) Petty, Suzanne Shealy, Ronald Priest, Susan (Dale) Richlak, Molly (Jon) Gebler, and David (Jennifer) Priest, and he loved his 16 grandchildren and 7 great-grandchildren.  He is survived also by his sister Eleanor Piepsny (Tom) Dreher, and many loved nieces and nephews.  He was preceded in death by his wife Mary Priest Vishey (nee McCurdy), with whom he travelled the world, attending various dental conventions with friends in the dental community.  He was also preceded in death by his parents, Elizabeth and Joseph Vishey, and his grandson, Ben Shealy. His gentle kindness and warm smile will be missed by all who knew him.  Family will receive friends at St. John Funeral Home, 16381 Chillicothe Road, Chagrin Falls, 44023 on Thursday, May 28th from 4-7 PM where social distancing and occupancy limits will be observed. Private Mass and burial for immediate family only at St. Joan of Arc Catholic Church.  The family understands that the current virus situation may prevent some from extending their sympathies in person and we understand and appreciate your support from afar.  Contributions may be made in Joseph’s memory to the Ben Shealy Foundation for Mental Health c/o Columbus Foundation, 1234 E. Broad Street, Columbus, Ohio 43205.
To order memorial trees or send flowers to the family in memory of Joseph A. Vishey DDS "Doc", please visit our flower store.