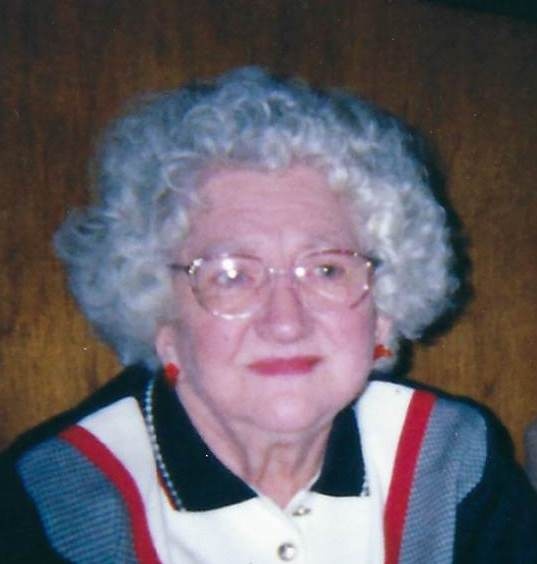 MARGARET MARY KROZSER (nee Harasty) of Maple Hts. passed away Sunday, September 24, 2017 at Walton Manor Health Care Center in Walton Hills at the age of 89. Margaret was born on December 23, 1927 at Maternity Hospital in Cleveland and attended Maple Hts. High School. She married George S. Krozser on September 28, 1953. They lived in the Buckeye Rd. Hungarian neighborhood until 1985 when they moved to Maple Hts. Margaret was a member of the Hungarian Business and Tradesmen’s Club, the Geauga Historical Society and the Maple Hts. Historical Society. She is survived by her son, George G. Krozser III (Julianne) and her granddaughter, Lauren E. Krozser of Bedford. She is preceded in death by her husband, George Simon Krozser and her brother, Louis J. Harasty. Friends received at THE ST. JOHN FUNERAL HOME, 923 BROADWAY, BEDFORD (ONE MILE WEST OF FORBES-BROADWAY EXIT OF I-271) Wednesday, September 27 from 10 – 11 A.M. where services will be held at 11:00 A.M. followed by burial at Bedford Cemetery.
To order memorial trees or send flowers to the family in memory of Margaret Mary Krozser (nee Harasty), please visit our flower store.