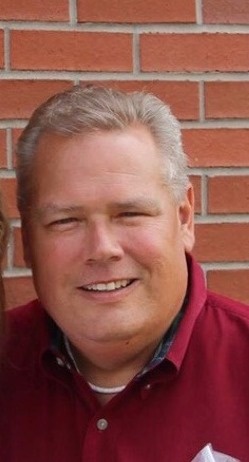 Visitation Saturday, Sept. 7 from 3 – 6 p.m. with a memorial service at 6 p.m. Private interment. In lieu of flowers, the family suggests donations to Lifebanc on line at lifebanc.org.

Matthew J. Baldwin, age 54, of Moreland Hills, died peacefully on September 4, 2019, with his wife, Jean, by his side.  Matt was born on June 6, 1965 in Peoria, Illinois to Elizabeth “Betty” and John Baldwin.  Matt spent his elementary school years in Sao Paulo, Brazil.  He graduated from Richwoods High School in 1983, from the University of Illinois at Urbana-Champaign in 1987, and earned an MBA from the University of Houston.  Most recently, he worked for Ohio Cat where he was the Finance and Sales Manager.  He was becoming an accomplished woodworker, enjoyed cooking, and was mastering the art of pit barrel barbeque to the delight of his family. He is survived by his wife, Jean (nee Schulte), his children, Elizabeth Sue, Mary Jean, and John Matthew; his mother, Elizabeth “Betty” Baldwin, and his sister, Melinda (Robert Bass) and three nieces, Katherine (Carlos), Emily, and Taylor (Dylan).  He was preceded in death by his father, John Baldwin. Friends received at the ST. JOHN FUNERAL HOME, 16381 CHILLICOTHE ROAD (RT 306), CHAGRIN FALLS, 44023 (2.5 MILES NORTH OF RT. 422), SATURDAY, SEPTEMBER 7 FROM  3 – 6 P.M. where a memorial service will be held at 6 P.M.    Interment private.  In lieu of flowers, the family suggests donations be made to Lifebanc on line at lifebanc.org/
To order memorial trees or send flowers to the family in memory of Matthew J. Baldwin, please visit our flower store.