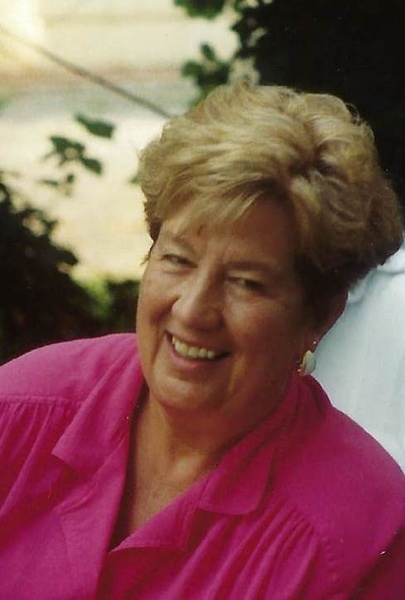 Patricia Mayo Hargrave passed peacefully on Saturday, July 7, 2018 at the age of 80 in Chagrin Falls, Ohio. “Trish” was born in Manchester, NH on October 27, 1937, the daughter of Arthur M. and Katherine Mayo (Haverkamp). Her family moved to Queens, NY before settling in Oyster Bay, NY. She attended St. Dominic High School in Oyster Bay and graduated from Marywood College in Scranton, PA, where she double-majored in Dietetics and Home Economics. Upon graduation she married her childhood sweetheart and “boy next door” Edward M. Hargrave, and together they set off for Newport, RI and then Charleston, SC, as “Ted” completed his service in the Navy. A career change to the FBI resulted in more moves, taking Ted and Trish and their growing family across the country and back, ending up in Poland, Ohio where they lived for 50 years. Trish kept busy by working as a dietician, tax preparer, and bookkeeper at different times of her life. She was involved in many school, sport and community organizations as her kids were growing up and volunteered for Hospice after she and Ted retired and became snowbirds. She had many talents and hobbies, with a club to go with each: bridge club, book club, button club, stitching club, but her greatest joy was caring for and spending time with Ted and her family. In addition to Ted she is survived by her four children: Kay Stancik (Bob), Josh, JJ (Terese) and Terry Mansky (Dave) and her four grandchildren: Katie (Ryan), Molly, Joey and Lauren. Also surviving are her sisters, Jane Griesar (Bill) of White Plains, NY, Susan Mayo (Gene Cornell) of Ridgewood, NJ and Debbie Lazarus (Kevin) of Boca Raton, FL as well as many nieces, nephews, great-nieces and great-nephews. A Mass of Christian Burial will be held at St. Joan of Arc Catholic Church, 498 East Washington Street, Chagrin Falls, Ohio at 11:30 a.m. on Friday, July 13, 2018. VISITATION WILL BE HELD ONE HOUR PRIOR TO THE MASS. In lieu of flowers the family requests you consider a donation to the Alzheimer’s Association. (ST. JOHN FUNERAL HOME OF BAINBRIDGE, 440-708-1855)
To order memorial trees or send flowers to the family in memory of Patricia M. Hargrave (nee Mayo), please visit our flower store.