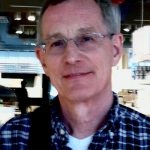 Visitation Thurs., Feb. 17 from 4 – 8 p.m.  Mass of Christian Burial Fri., Feb. 18 at Church of the Holy Angels at 11 a.m. (Please meet at church). Cremation to follow. In lieu of flowers the family suggests donations to Habitat for Humanity or The Cleveland Food Bank. See full notice for details.

VINCENT C. OPASKAR, age 75 of Bainbridge Twp.  Beloved husband of Kathleen A. (nee Bisheimer) the light of his life, star of his world for 49 ½  years; loving father of his “Pooky Baby” Kristin (Michael) Moore, “his favorite son” Zachary (Monica), and “his Baby Maghoo” Megan (Adam) Tafoya; dearest grandfather to “the cream of the crop” Olivia, Vincent, Remi and Penelope; brother of Fran (late Thomas) Burrows, Jean (Richard) Chechile, Helen (Phil) Hincman, and Joe (Cathy) Opaskar also known as the fab five.  Vincent received his undergraduate degree from John Carroll University and a Masters of Science from Cleveland State University. He was a teacher and a chemist and had a passion for both. A true empath regarding both nature and the universe in general. Known to his friends as “Vinny the Vintner” for producing wine in the early 80’s suitable for cleaning your sink. He had a passion for playing rugby (three broken noses to prove it) but he wore it well. Not only an avid athlete himself he was often found coaching many of his children’s sporting leagues. He was particularly proud of his perfect 0-10 record for one soccer campaign. He is quoted in saying, “the first third of your life is for learning, the second for earning, and the last for giving back.” Give back he did. After retirement he spent much of his time volunteering for Habitat for Humanity, Playhouse Square Red Coats, American Chemical Society Children’s Program, Destination Imagination, and CASA for Kids of Geauga County. He has left a hole in our hearts but we know the angels have welcomed him into heaven playing banjos instead of harps.   Friends received at the ST. JOHN FUNERAL HOME, 16381 CHILLICOTHE ROAD (RT. 306), CHAGRIN FALLS, 44023 (2.5 MILES NORTH OF RT. 422), THURSDAY, FEBRUARY 17 FROM 4 – 8 P.M. followed by Mass of Christian Burial at Church of the Holy Angels, 18205 Chillicothe Rd. (Rt. 306), Chagrin Falls, 44023 on Friday, February 18 at 11 A.M. (Please meet at church).  Cremation to follow. In lieu of flowers donations can be made in Vincent’s name to Habitat for Humanity or The Cleveland Food Bank.
To order memorial trees or send flowers to the family in memory of Vincent C. Opaskar, please visit our flower store.